7 Mistakes You Must Avoid For Good Leadership 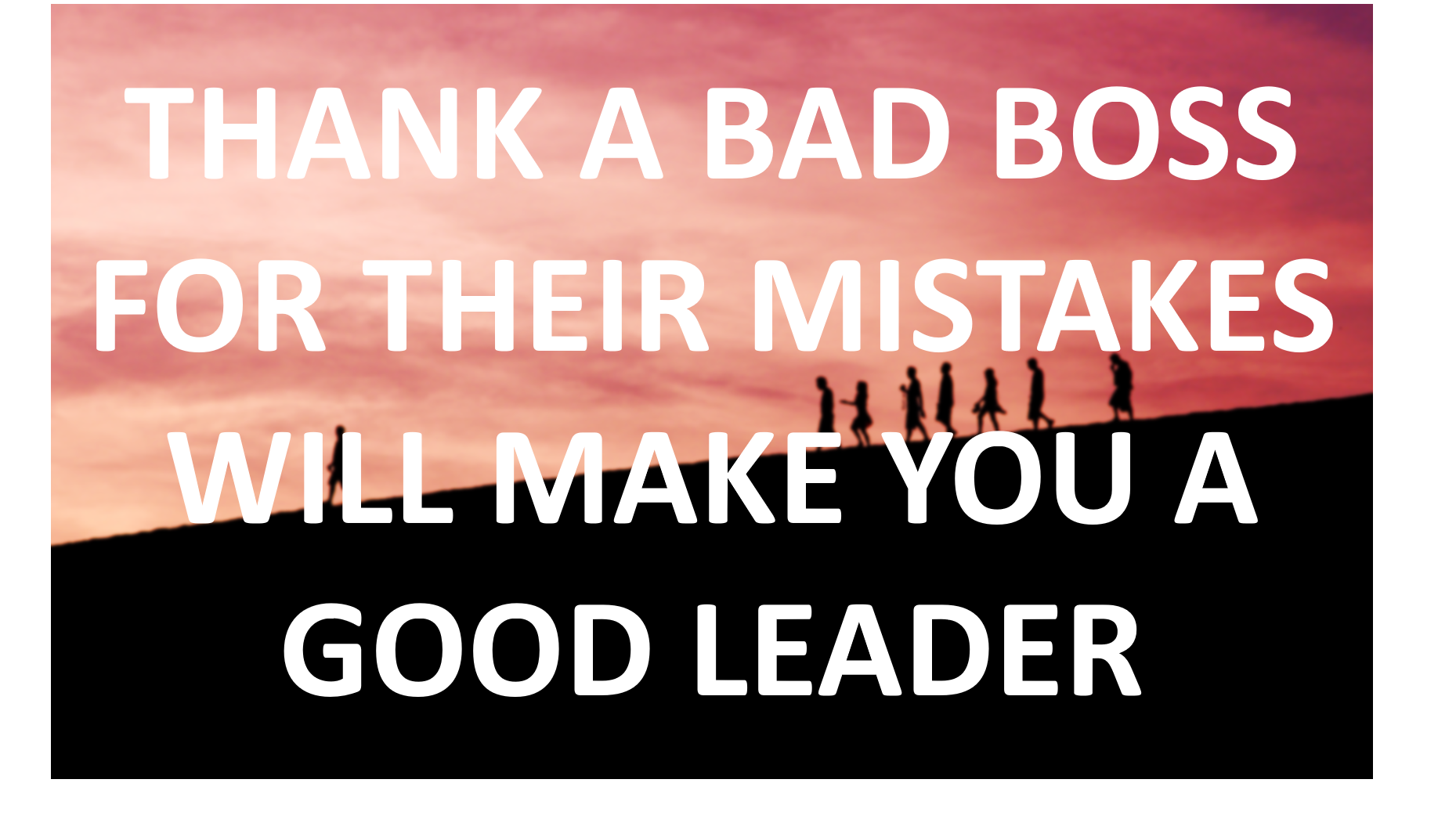 In my 8 years with the company, I have worked with 10 managers so far. In my last post on “7 Positive Leadership Lessons My Managers Taught Me”, I shared several positive practices that I learned from my previous managers. Not only did I learn about the strengths in their leadership styles, but also I took note of the mistakes that must be avoided to lead my team well.

In the second part of the series, I want to share with you 7 lessons I learned on what NOT to do to be a good leader.

Do note that these learning are based on my interpretation of the interactions with my managers, and in no way are a reflection of their leadership ability or potential.

This is a problem for several first-time managers. One of my bosses was a first time manager, leading a high-visibility project. He was an excellent engineer, very detailed and meticulous. However, as he took over the project, he continued to get involved into the minutest of details, second guessing every decision made by his team and unable to delegate, ultimately demotivating the team.

Do you find yourself always working on low-priority activities, telling your team how to do something instead of what to do, and feel that your team has started to avoid meeting you? If so, it is time to step back and make sure you are not falling into the trap of micromanaging.

Who remembers John in his white shirt, red tie and blond hair as he sat across the table making the sales pitch? But everyone remembers Julia in the black dress, red heels and blond hair as she rocked the sales presentation. Embrace your personality and don’t be afraid to stand out from the crowd.
As soon as I joined my new team, it was clear to me that my manager had a favorite. He would constantly defer to my colleague if we needed advice and pretty much talked about him at least once a day. As his star-employee, it was only natural that he wanted to see the employee grow through his mentorship. But it is not cool to display this crudely to the rest of the team.

Do not pick favorites! Your employees can see through it pretty quickly, and you will start to lose loyalty from the rest of your team. Be fair in your interactions and assessments, keeping your personal relationship separate from professional one.

This goes hand in hand with leading by example (read about my positive experience with Leading by Example here). For another one of my managers, it was a first time leadership role. He worked long hours and we consistently received emails from him in late evenings and weekends. He set no boundaries for himself, and being young in the company, we felt pressured to respond to work emails even after hours.

Though work-life balance is personal to everyone, a good manager can lead by example by setting healthy boundaries for herself on where work ends, and in-turn demonstrate that work does not need to be 24/7.

A few of my managers only gave sandwich feedback. It is a technique where constructive feedback is given layered between two positive comments on performance. It is intended to give criticism while softening the tone of the feedback, making it easier to have difficult conversations and prevent hurt feelings. However, the Sandwich technique totally undermines the feedback and never helps the employee grow.

Don’t do yourself or your employee a disservice by giving sandwich feedback. Instead, learn the art of giving feedback, which should be quick (don’t wait until year end performance review), constructive and supported by to-the-point examples. Also remember to always focus on the behavior to be improved instead of personality.

5. Feed Your Team To The Lions

One of the bosses I worked with put his team on the spotlight whenever there were hard questions about mistakes in work. He also never defended his team in emails where senior management was on copy. It was no surprise that his team did not trust him for having their back!

Everyone makes mistakes. It is inevitable that it will happen in your team as well. When things go wrong, it is our job as leaders to manage our stakeholders, show unwavering support to our team and give immediate one-on-one feedback so that they can learn from their mistakes.

It was time for the annual performance review. My manager asked me what I thought of my teammate’s performance, which both him and I knew was below par. I gave him my honest feedback. My manager told me that if he gave her developmental rating, it will hurt her morale and she may be less likely to do good work next year. It definitely hurt my morale to see that mediocrity was being awarded for fear of having the hard conversation.

Do not reward mediocrity. Otherwise you are essentially telling your team that they don’t need to perform at their best. Additionally, you are losing trust of your high performers as well.

This is basically one of my shortcomings and something that I have been consciously trying to improve. Humor does not come naturally to me, and I usually tend to get serious when things at work are tense and overwhelming.

With time and practice, I am learning that humor can be used to break the ice, boost creativity, build relationships and really just have some fun even when times are tough.

What are some of the mistakes you have seen your leaders make and what have you learnt from them? Please share with me at richa@pinkcareers.com.

BE BOLD. OWN YOUR CAREER.

Join the 10-day challenge to get one awesome productivity hack per day in your inbox.

Standout to the Recruiters!

Join the 5-day Pitch Perfect challenge to get awesome tips on how to craft the perfect Resume, Cover Letter and LinkedIn profile.

4 Steps to Fast-Track Your Transition to Tech

Thank you!
Created with